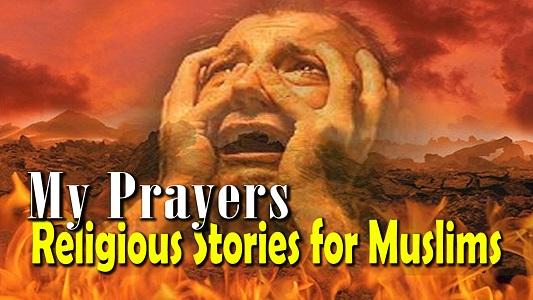 It was doomsday. There was an extraordinary crowd. Everywhere was full of people. Some look around, stunned, motionless; who is running left and right; Others were kneeling, with their heads in their hands. His heart felt like it was going to explode… He was breaking out in a cold sweat.

While on earth, he had heard a lot about the apocalypse, questioning, and trial. But he never thought that the shudder, fear and waiting in the apocalypse would be so terrifying. Everyone was waiting for their turn and being called to give an account when it was their turn. They read his name too. A right amazement, he looked to the left. “Did you summon me?” she said, her lips trembling.

The crowd suddenly split, and a path opened before him. two people took his arms. It was obvious that these were the officials of the apocalypse square. He walked through the crowd with a confused look. They had come to a central place. The officers left.

His head was in front of him… His whole life was passing before his eyes. “Thank God,” he said to himself and continued: “In the house where I opened my eyes to the world, I have always seen people trying to live their religion in the best way possible. My father paid maximum attention to his worship, did not miss religious conversations with his friends, and spent his wealth in the way of Islam. My mother was just like him. I have always been like them. I worked to serve people. God bless them. I told you. I did my prayer. I kept my fast. I have fulfilled what is obligatory. I avoided the haram…”

While tears were running down his cheeks, he was saying, “I love my Lord, at least I think I do…” But on the other hand, “No matter what I do for him, it will not be enough for me to win heaven. My only refuge is Allah. His forgiveness and mercy…” he couldn’t help but think.

As long as the account went on. Beads of sweat were shedding. He was soaking wet, shaking terribly. His eyes were fixed on the needle of the scale, waiting for the result. Finally, the verdict would be given. It was removed from there. The old one has been replaced. After a while, the angels in charge returned to the crowd in the apocalypse square. name was read first. His feet were no longer holding. It would almost collapse. He closed his eyes in excitement and was stunned by the verdict to be read.

A roar rose from the apocalyptic crowd. Did his ears hear wrong? His name was on the list of “hells”. He fell to his knees. was stunned by surprise. “Oh no, aaazzzz!” he shouted. He ran left and right. “How can I be in hell? Allah swt all my life. I have been with people who have served on the path. I ran with them. I always told about my Lord.”

His eyes were cloudy, wetting his trembling body. The attendants took him by the arm and began to tear him apart through the crowd and lead him towards the inferno whose flames were rising to the heavens. was fluttering… Wasn’t there a salvation? Wouldn’t someone help? Words poured out from his lips, mixed with begging… “My fasting… The Qur’an I read… My prayer… Will none of them save me?” He was saying. He was screaming and begging. They were too close to the flames. He turned his head back. It was their last hurrah.

The Messenger of Allah said, “If a river flows in front of the door of one of you and he bathes in this river five times a day, will there be any dirt on him? this is the example of the five daily prayers. Allah c.c. Thanks to them, it erases all mistakes.” Didn’t he say? Once again, he thought, “Will my prayers not save me too?” and he sobbed, “My prayers…”

The officers never stopped. They continued walking and eventually brought him to the bottom of the bottomless pit of hell. The heat of the flames burned his face. He looked back one last time. His eyes were dry, and his hopes were dashed. He bowed his head. it was doubled.

Fingers clenching his arms loosened. One of the officers pushed him. He suddenly found his body in space. It was falling into the flames. He had fallen just a few meters when a hand grabbed him by the arm. He lifted his head and looked up. It was an old man with a long white beard who saved him from falling. He pulled himself up. Shaking the dust off his head, he looked at the old man’s face:
– Who are you?
– I am your prayers.
– Why are you so late? You arrived at the last minute. I almost fell.
The old man shook his head, smiling bitterly.
– You always raised me at the last minute, remember?

When he opened his eyes, he was in his bed. He was drenched in blood. He sighed and said, “Alhamdulillah, thank God it was a dream.” Then he overheard the sound coming from outside. Isha prayer was being recited. It shot out like an arrow. He performed ablution and immediately prayed.
May Allah make us among those who perform their prayers on time.

Don’t be Offended By Parents 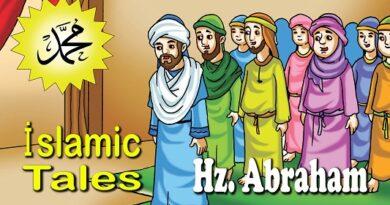 The Child Seeking Her Lord 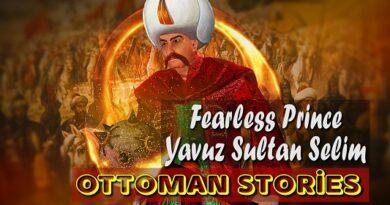