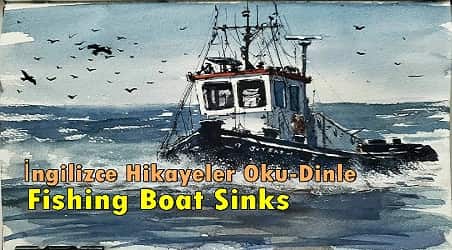 A 70-foot fishing boat, the SharkCatcher, sank 5 miles from shore today in the Pacific at about 4:30 p.m. The boat was returning from a successful one-day trip. There were 17 anglers aboard and 4 crew members. There were also about 100 freshly caught tuna, salmon, and mackerel aboard. Some of them may have also survived the sinking.

Luckily, the SharkCatcher started sinking when it was only a quarter mile from another fishing boat, the TunaTaker, which was also returning from a day trip. The two captains, Moe and Curly, had been talking to each other over the radio while headed back to their landing in Santa Barbara. They were comparing notes: who had caught what, how much, and where.

During their conversation, Moe heard what sounded like an explosion. He told Curly to hold on a minute. Moe’s crew discovered a hole in the hull that was too big for plugs or pumps. Moe told Curly he needed his help. Moe then told all the passengers to don their lifejackets and abandon the boat.

“This is the second boat that I’ve lost,” said Moe. “The good thing, of course, is that I’ve never lost any paying customers.”

Curly, captain of the rescue boat, said, “We were lucky that it was a clear, calm day. We pulled a lot of people out of the water, but it went very smoothly. I think the Coast Guard will be proud of us.” 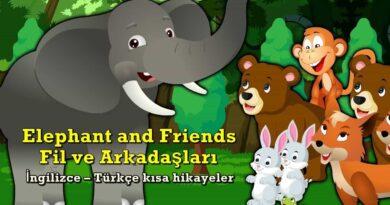 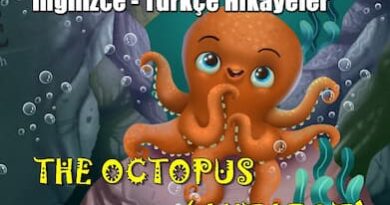 Girl on the Bicycle