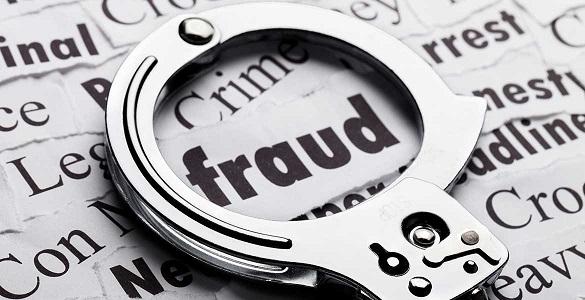 A federal judge sentenced Bruce Jones to 12 years in federal prison for fraud. Over a 10-year period, Jones had managed to swindle almost $10 million from thousands of gullible people throughout the state.

He advertised his fantastic ideas on TV. “For some reason,” Jones said, “TV seems to break the ice. Even though you are a total stranger to the viewer, once he sees you on TV in his home, he feels like he knows you. You enter his living room and become a trusted friend.”

Jones had an imagination that wouldn’t quit. One time he showed viewers an “official government” earthquake report which “proved” that the western half of California would collapse into the sea within three years. For $100, he said, Jones would insure your house and property for full value. Thousands of people who saw that TV ad sent him a hundred dollars each.

In another TV ad, Jones claimed that he had negotiated with the federal and state government for exclusive air rights. He told viewers that, for only $100, they could own the first 10 miles above all their property. You would be able to charge any commercial plane that flew over your property $100 per crossing. You would also be able to charge government rockets, satellites, space shuttles, and space stations $100 for each and every violation of your air rights.

Another time, Jones claimed to have invented a product that gets rid of calories. He showed the viewers a spray can of “NoCal.” He said that by simply spraying NoCal on your food, a chemical interaction would cause all the calories in the food to simply evaporate within about 10 seconds. The NoCal was only $10 a can. As usual, Jones received thousands of checks in the mail.

The judge told Jones that he should be ashamed of himself. Jones responded that he was very ashamed of himself, and that when he got out of prison he hoped to become a TV consultant to help people avoid getting scammed. He told the judge that he was already developing an instructional CD that, for merely $100, would save people thousands of dollars in scams. The judge nodded, and then changed Jones’s sentence from 10 years to 12 years.