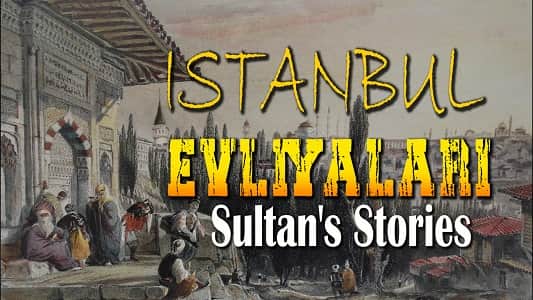 Sultan’s Stories, today I would like to present you an exemplary story called “The Evliyas of Istanbul”. In addition to the stories of the Sultan and the Vizier, Istanbul, follow our site closely to read the stories of saints.

One day, the sultan asked the vizier, “Is there any saints in Istanbul, my vizier? The vizier answers as follows: “Oh my sultan, Istanbul is known as the bed of Evliya. Wouldn’t he be a saint?” The Sultan said, “Then, let’s visit a few of them.” After the vizier said, “My Sultan, let’s go around the city with a reactionary outfit,” they disguise themselves and set off.

First they go to the corn market, there they enter a cloth shop and say hello. The shopkeeper receives the greeting with great decency and compliments his customers; He says, “Welcome, welcome to Sefa, Mashallah, Allah has the most beautiful servants. Here you are, sir.” Queen; He says, “We need some fabric. And they’re coming to buy fabric. Lower that ball, that ball.” Then, by saying “Cut half a meter from this, 1 meter from that, 2 meters from that”, he takes a little cut from all the fabric balls he has downloaded.

Clothier; By saying “What beautiful servants Allah has, thank you Lord,” he cuts the fabrics into packages. Calculating the fees, he hands the paper with the written amount to the vizier. This time the vizier says, “Forgive us, we stopped buying these, because we didn’t like the fabrics.” The clothier with great surrender; They bid farewell to their customers by saying “Goodbye sir, it doesn’t matter what beautiful servants Allah has.” He puts his packed fabrics to one side.

This time, the Sultan and the Vizier go to Beyazıt Square, and there they see an imposing man with a stick in his hand shouting “Watermelon watermelon” and selling watermelon. The vizier says to the sultan, “Now we will buy watermelon from this man, But do not buy it right away, Press the watermelons, Take one and put the other, Like a person who does not like watermelon easily, keep him busy for a long time.” As the sultan’s vizier said, He takes one, leaves one, squeezes the other, checks whether the other is by hitting the shell, But he can’t get a watermelon. Karpuzcu follows his customer from the corner of his eye. He sees that there is no watermelon left that he has not squeezed, by showing the stick in his hand; “Look at me, if you’re going to buy one, go and get one, Don’t stop hurting the watermelons, Don’t think I’m like a fabric maker, don’t trust me to be the Sultan, I’ll break your head with that stick”. Sultan; He says, “Shut up, don’t decipher us”, and hastily, He buys a watermelon, pays the man’s money, and leaves quickly.

Queen; He says, “Now let’s go to Sulaymaniyah, I will show you many more friends of Allah there.” Sultan; He says, “My Vizier, That’s enough. Where the Watermelon maker is a saint, who knows what else there is. Now, let’s go give the money to the fabric maker, so that the man will not be harmed,” he says, and they go to the fabric shop again and salute, the fabric maker receives his greetings in the same Surrender and Solemnity; He says, “Here you go Sir, what beautiful servants Allah has, here you go sir”. Queen; “We decided again, We will buy the fabrics we cut, I’ll pay for it. Farewell with the fabric maker, they get used to it, while leaving the shop, the fabric maker raises his hands and says, “My Lord, thank you, you sent the sultan to my shop twice today,” thank God.

The Sultan is surprised by this situation and; He asks, “My Vizier, I don’t understand these two. The wise Vizier replies: He says, “My Sultan, I don’t know which one is superior.

Dear guests, in our sultan’s stories section, you have read the stories of saints, an Istanbul story called “Istanbul Evliyaları”, You can listen to our story on our “Short Stories with the Taste of Life” channel via the youtube link below. Don’t forget to like and share our story.

To read the Turkish version of our exemplary story, click here.