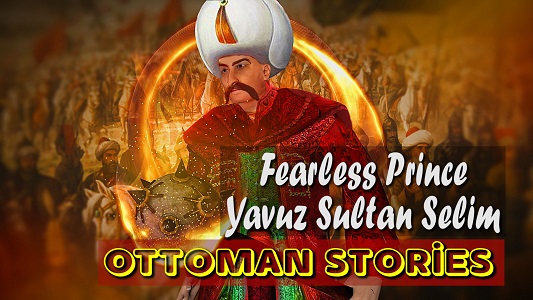 Ottoman stories consist of stories of successful princes, and this is the story of Yavuz Sultan Selim. Sultan II. You will read sultan stories about Beyazıt’s son.

Yavuz Sultan Selim was just a five-six-year-old boy. He was doing archery practice in the garden of the palace in Amasya. He was beyond the length of the bow, but at this age he had begun to hit what he threw.

His father, Sultan II. Beyazit was watching him from behind a tree. When Yavuz hit the target with his last arrow, he couldn’t stand it; He came out of his hiding place and hugged his son: “May God give you strength, my son. But why are you alone?” Little Selim was amazed, “I am not alone, my father is Sultan ; God is everywhere!” The answer he received surprised Beyazıt, but he did not show it.

The garden of the palace was decorated with great trees. It was no different from the forest. “My son,” said Sultan Beyazıt, “don’t wander around here alone. We have enemies. God forbid; they may want to do you a disservice!” Salem paused. Then, he drew his little sword, which he had not left with him since he was two years old, and said: “Father! We did not tie this sword for decoration. We know how to protect ourselves if necessary. Besides, who would dare to enter the garden of the palace when the heart of the enemy on the other side of the world trembled for fear of our father?”

II. Beyazit was stunned. There was something about him that no one else had. He had grown ahead of his time, his mind was beyond his grasp. While taking Selim by the hand and taking him to the palace; “I have no doubts, this boy will do whatever he can to become a sultan in the future. Now I must pave the way for him to the throne.” That’s what he thought, the day came when Prince Selim knew how to get what he wanted and became the Ottoman’s Yavuz Sultan Selim.