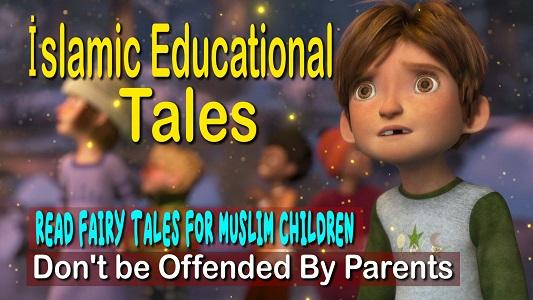 In our Islamic children’s tales category, tales are told for Muslim children, and we share with you islamic educational tales in which moral and religious values come to the fore.

You know, I wrote to you a few months ago that my father wanted to see me. Last week, the principal father called me back to talk about it, saying that my father is coming to see me at the weekend. I didn’t know what to say. Actually, I got pretty angry before. What right does my father want to see me now, who does not want to see me after my mother’s death, and who never called and asked after he got married and had a child? I didn’t say anything to the principal father.

I know, whatever I say, I have to accept this visitor accordingly. My heart is in seven schools. When I got home, I saw the preacher sister. (Thankfully, it was the day the preacher sister came.) He was telling the children something, saying that Islam means peace, greetings and well-being. How wrong is the resentment; He talked about the importance of greeting and helping each other.

I always had the same question in my mind: How could someone who hasn’t taken care of their child for all these years, who didn’t call and ask, suddenly appear? He should not be ashamed of what he did and talk to me, visit me, forget me for a lifetime. Suddenly, boiling water poured over my head. Was this verse for me? The preacher sister was telling me? my god! I knew you heard me, that you knew what was on my mind, but you answered me? “The recompense for an evil is an equivalent punishment. But whoever forgives and makes amends, his reward belongs to Allah. Surely, Allah does not love those who do evil.” I don’t remember why the preacher sister read the verse, but I got my answer.